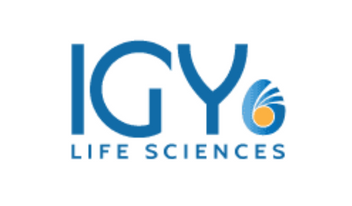 The initial investment was $3.5, with an additional $2M injected to purchase the technology. The investment was received in four instalments of cash, in-kind contributions and warrants. Currently, members of the Venture Alberta Angels are completing due diligence as they prepare to provide an additional round of capital.

This investment mobilized the driving forces behind the venture. “In a pre-cash company, Angel Investors are the key to making the first sale. Without the investors this business or the potential for job creation would not have happened,” said founder Terry Dyck.

With a staff count grown to ten, the company is now on the brink of commercialization; markets are secured and intellectual property, including patents for the breakthrough technology, have been acquired.

NOA members are providing mentorship, seeking additional investors, and serving on the Board of Directors. Thanks to the Angels and this entrepreneur, the company has secured enough funds and bandwidth to continue to move forward well within their projected timelines.

“This type of investment provides me an opportunity to make a difference in our future. It has been very exciting to be part of a breakthrough technology that will make so many positive changes. I have also gained insight on new science and have had the opportunity to work with other investors,” said the lead Angel investor

Mary Long-Irwin, Executive Director of NOA, said, “Without Angels, this project would not have enjoyed the success it has to date. With the number of jobs created and the potential for more, this leading-edge company has the opportunity to move forward and be a part of the North’s new economy.”

IGY Immune Technologies and Life Sciences Inc. is a privately held biotechnology company specializing in the extraction, development and commercialization of broad spectrum antibodies, or immunoglobulin (IgY), for use as OTC nutraceutical and for development of antibodies for targeted pathogens. The company was formed in 2009 to commercialize a superior proprietary process for extraction of avian immunoglobulin from chicken egg yolks at the highest purity and lowest cost available in the world. IgY is a natural antibody for which there is an existing global demand.